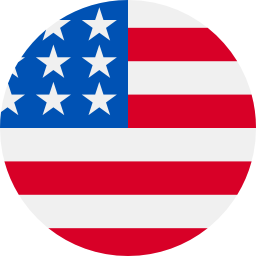 The Popularity of The Silk Square Scarf

Silk square scarves, also known as foulards are a fabulous item to have in your closet to give a fresh element of style to your look.

An essential women’s fashion accessory since the beginning of the 20th century, they became most popular in the 1920’s through the 1970’s, often tied around the neck in a simple knot.

For a long period of time, a silk scarf was considered as essential a part of a women’s wardrobe as her lipstick, smart shoes and her purse.

Glamorous stars such as Grace Kelly, Sophia Loren and Audrey Hepburn reinforced the silk square as fashion accessory by often appearing in public with a silk foulard either worn around their necks or tied under their chins keeping their hair in place, a chic scarf wearing style called “touring”

The actress Audrey Hepburn once said, 'When I wear a silk scarf I never feel so definitely like a woman, a beautiful woman.' I wholeheartedly agree. Because it is such a perfect canvas for depicting art and style, over the decades the silk square has reflected changes in art, lifestyle and fashion. For example, during the war years colors and designs tended to be muted whereas bright floral prints became popular after the wars as a sign of revival and hope.

Many fashion designers and artists used the silk scarf to portray their work, transforming it into wearable art.

Liberty became famous in the first half of the 20th century for its beautiful Art Nouveau patterns, and Hermes became well known in the late 1930’s for their equestrian designs and artist’s prints. In the 1970’s it became common for designers and fashion houses to put logos on scarves, an effective advertising technique still trendy today. The silk square scarf became not only a canvas for artwork but also a medium for travel souvenirs (think the London tube map or the Eifel tower printed on a scarf) and event commemoration such as royal weddings and the Olympics. Many of these scarves have become collectors’ items, fetching handsome prices at auction. Accessorizing with silk square scarves saw a decline during the last 2 decades of the 20th century whereas long or oblong scarves became very fashionable during this same period.

Today the foulard is once again becoming a popular and essential fashion accessory, with women wearing and tying them in so many new and creative ways. No longer just worn tied around the neck or hair with a simple knot, the scarf has become an accessory that expresses individual style, creativity and chic. Modern foulards come in an amazing array of patterns and colors from very delicate pastels to bold retro prints to rich luscious color schemes. Floral and equestrian prints remain as ever in vogue, as do animal prints.

A beautiful scarf will last for many years, adding elegance to your wardrobe and giving your ensemble a new fresh look depending on how you choose to wear it.